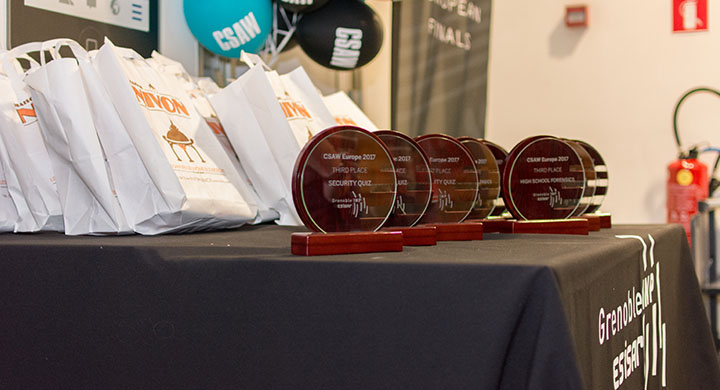 For the first time, the CSAW finals expanded to include students from across Europe hosted by Grenoble INP-Esisar, in Valence, France – one of six engineering schools of the Grenoble Institute of Technology – and Israeli students hosted by Ben-Gurion University in the new Advanced Technology Park in the Negev, Israel. CSAW Israel is organized by BGU’s Department of Software and Information Systems Engineering and the IBM Cyber Security Center of Excellence, located in Ben-Gurion University.
The schools joined NYU Abu Dhabi,  which hosted finalists from the Middle East and North Africa; the Indian Institute of Technology Kanpur (IIT Kanpur), with which NYU Tandon has multiple partnerships and which attracts competitors to CSAW from all over India and, in the future, large parts of Asia; and CSAW founding institution NYU Tandon School of Engineering in Brooklyn.

More than 400 elite students from high school through doctoral programs who had beaten over 12,000 participants from 98 countries in preliminary rounds gathered at four of the regional hubs November 9-11, 2017; in Israel, the CSAW finals ran November 12-13.
All international results are available on:  https://csaw.engineering.nyu.edu/csaw17-winners

CSAW was founded in 2003 not simply to engage and educate students but to introduce them to leading professionals and peers who would be able to form important networks when they would become professionals and academics themselves. The 2017  CSAW Europe was no exception, besides the competitions, including the four student challenges, Grenoble INP-Esisar hosted an industry career fair, speeches, and networking events.
The European finals comprised 4 hotly contested competitions among 80 students and 35 teams, supported by over 20 judges from academia and industry. Nearly 30 corporate and government employers from Schneider Electric, Ingenico, Serma Safety and Security, Thales, IP Garde and Ponant Technologies participate to recruit CSAW finalists and other Auvergne-Rhone Alpes area  cybersecurity students for internships and career positions.

Players of all levels and ages registered for CTF, the flagship event of CSAW. After 48 hours of around-the-clock software hacking contests in September, a top-notch group of students bested nearly 2,400 teams from 95 countries to become finalists at the five global CSAW hubs. For 24 straight hours, 10 European teams competed in the infamously difficult student CTF final competition. CTFs are considered essential training for students and cybersecurity professionals. 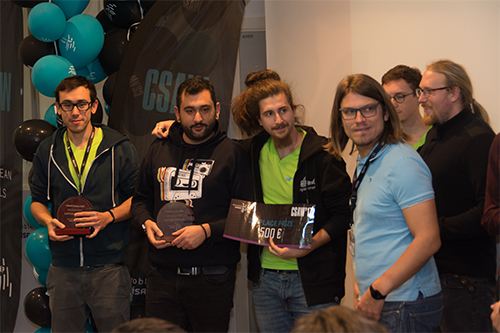 The CSAW HSF challenge introduces high school-age novices to the cybersecurity field, attracting students who enjoy solving puzzles and encouraging newcomers to solve a fictional murder mystery using their digital skills. The students were challenged to find clues in physical and digital evidence to unmask the identities of a murdering hacking squad. 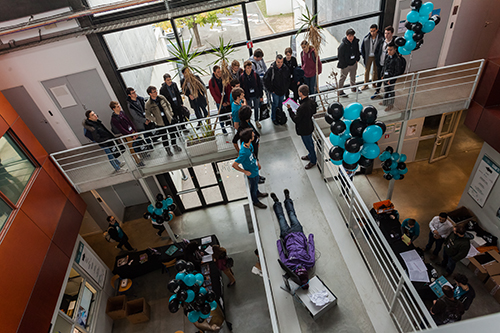 Founded in 2008, the Embedded Security Challenge — the oldest and largest hardware hacking competition in the world and the most difficult event at CSAW — contributes to worldwide scholarship in the emerging field.  The tournament employs a “red team, blue team” format that mimics real-world attacks. This year’s challenge, developed in partnership with the U.S. Office of Naval Research, required competitors to make programmable logic controllers more resilient to cybersecurity threats by employing novel fault detection and recovery techniques. Teams demonstrated their solutions on Raspberry Pi microchip platforms. The judging was difficult: only a half-point separated the top two contenders Esisar and INSA Val de Loire. 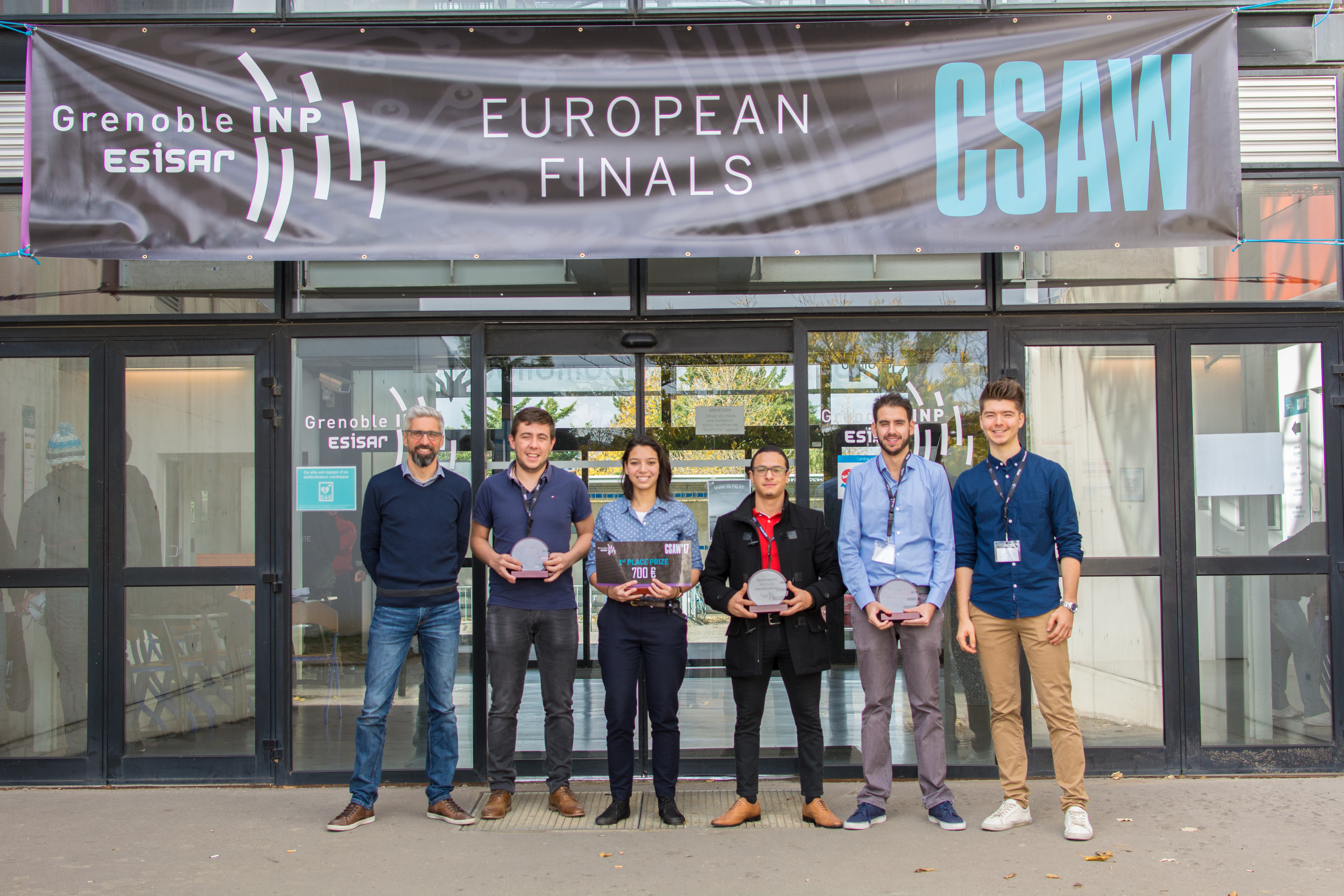 Recognized as the leading competition for young cybersecurity researchers, the Applied Research Competition considers only peer-reviewed security papers that have already been accepted by scholarly journals and conferences. This year, top academics and practitioners in the field reviewed a record 170 papers to arrive at the list of finalists. During the CSAW final round, one of the student authors of each paper presented their research to judges, who reported a particularly difficult selection because of the impact they expect the research will have both immediately and in the future. 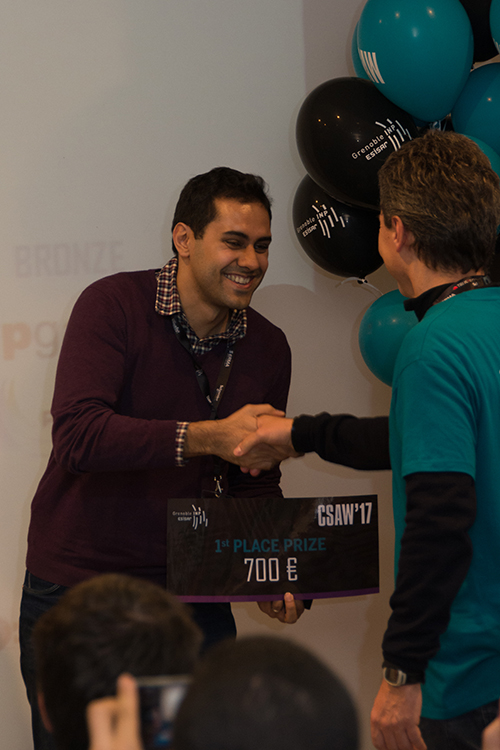 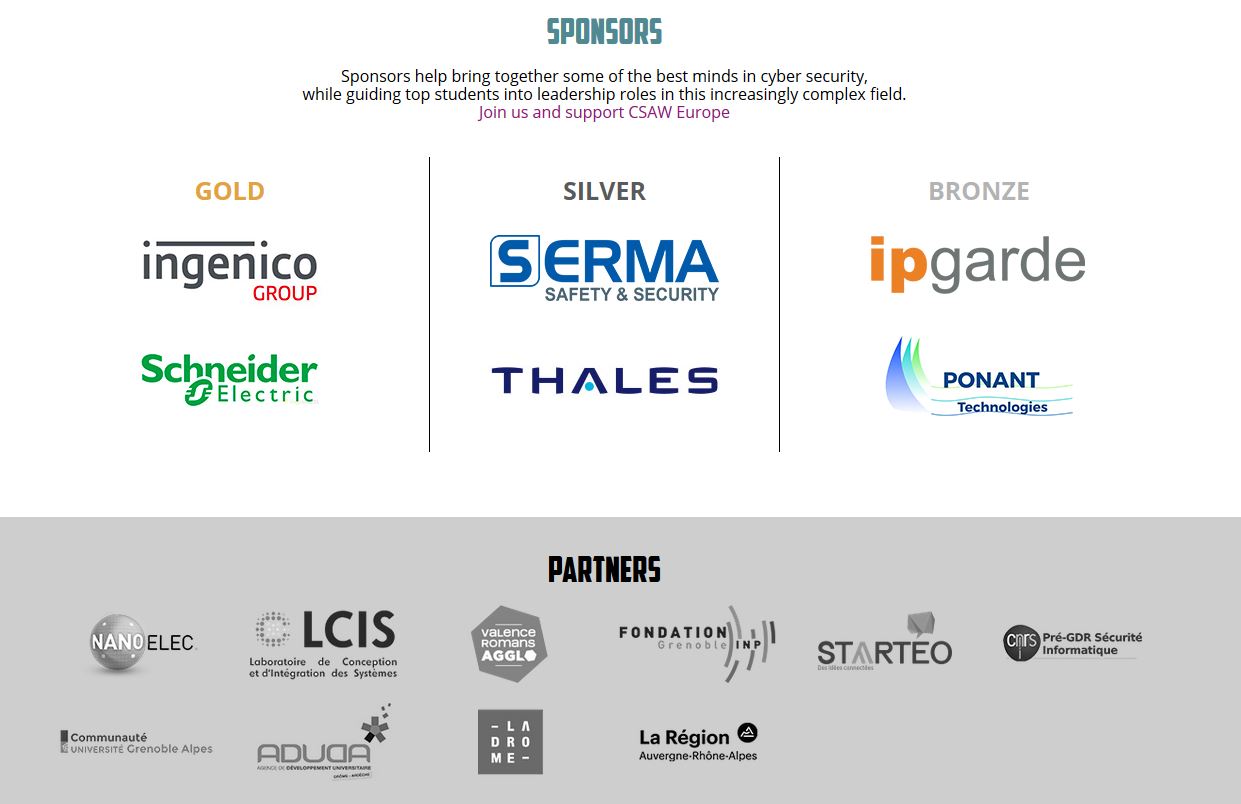