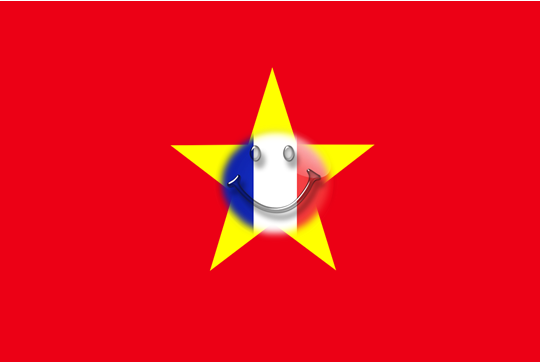 The Eiffel Excellence Scholarship Programme has been established by the French Ministry of Foreign Affairs and International Development to enable French higher education establishments to attract top foreign students to enrol in their master’s and PhD courses.

For the second year running, two students from Ho Chi Minh City University of Technology have been awarded the Eiffel scholarship to join Esisar, their academic skills thus confirming the excellence of their university and of our partnership within the PFIEV program, the Vietnamese-French Training Program for Excellent Engineers. The PFIEV program is a consortium of nine major French high schools*, including Grenoble INP as founding member. Since its creation in 1997, this joint program is established in four Vietnamese universities (Hanoï Polytechnic Institute, Hô Chi Minh City University, Danang Unviersity and Hanoï University of civil engineering) and trains more than 200 high-class engineers per year.

Dang Viet Anh Nguyen and Tran Phuc Hai Truong are currently studying at Ho Chi Minh City Polytechnic University (Ho Chi Minh City University of Technology). Their excellent academic results and their detailed career objectives, combined with their soft skills (an exceptional open-mindedness for their young age - they are both 22 years old) made them outstanding candidates for the grant.

Dang Viet Anh Nguyen has been honored several times by major university awards (among others: third prize at the Mechanics National Olympiads in 2014 and 2015; third prize at the national contest for best students in physics; physical gold medal in the traditional "Olympic"contest).

Tran Phuc Hai Truong has also been rewarded by prominent academic distinctions (notably: winner of the Posco TJ Park Foundation fellowship, laureate of the prize awarded by the director of the training department of Phu Yen province).

Both are very dynamic. Dang Viet Anh Nguyen is involved as volunteer in many social activities, as head of the Social Working Group of Ho Chi Minh City Polytechnic University and Tran Phuc Hai Truong has a social involvement with underprivileged people.

Congrats to both of them, we are proud to welcome them for two academic years.